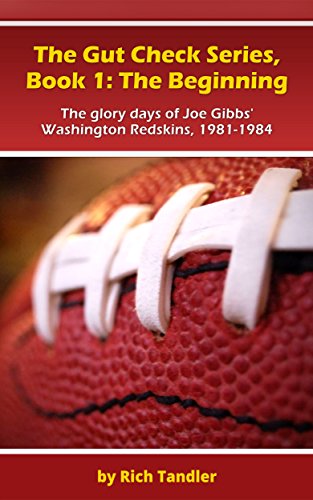 As the years pass since the end of the Redskins’ glory years under Joe Gibbs, it becomes more apparent that the era was something special and unique.

Gibbs was everything you could want in a head coach. He was humble, hard-working, competitive, and a genius when it came to creating with football plays. But as good as he was, he was always willing to listen to his staff and give them credit when they had a good idea that worked. The blame for failure, if you listened to him, was his and his alone.

But most of all, Gibbs was scared to death of behind outworked by the coach he was facing that week. The late-night meetings that ran into the early morning at Redskins Park are legendary.

The players were a special bunch, a collection of team-first players who weren’t necessarily coveted by the rest of the league, but they got the job done together. Some of them made it to the Hall of Fame but the team wasn’t about its star players. It was about the “we” not the “me”.

Hall of Fame general manager Bobby Beathard found the right mix of holdovers from the George Allen and Jack Pardee years, draft picks, trade acquisitions, and players picked up off of the scrap heap.

What was assembled by Beathard, Gibbs, and owner Jack Kent Cooke was indeed special. They had just one losing season in 12 years, a 7-9 stumble in 1988 after winning their second Super Bowl. In that time span, they had double-digit wins in nine seasons if you count the strike-shortened 1982 season when they went 12-1 including the playoffs. The Redskins won four division titles and had a total of eight playoff appearances. On top of that, they twice won 10 games and didn’t make the postseason.

As the years unfolded, fans basked in the glory. It wasn’t just the Super Bowls. Going into every season, everyone knew that the Redskins were serious contenders. And going into every game, the Redskins had a chance to win.
Gibbs, of course, is the only coach to win three Super Bowls with three different starting quarterbacks. The three signal callers help to divide the Gibbs era into three distinct parts that I used to make this three-book series.

•The Beginning, 1981-1984: This book looks at Gibbs’ arrival, his 0-5 start, and the run of 38 wins in the next 45 games, a roll that got them to two Super Bowls and the team’s first NFL title in 40 years. Joe Theismann and John Riggins led the offense and The Hogs were born.
•Adjusting to Change, 1985-1988: The next book in this series is about the end of the Theismann era and Jay Schroeder yielding to eventual Super Bowl MVP Doug Williams. Some of the personnel on offensive line changed but The Hogs kept on dominating. Gary Clark and Ricky Sanders joining Art Monk and The Possee was born.
•The Final Push, 1989-1992: While the core is aging, Gibbs believes they have one more title left in them. Beathard leaves and Charley Casserly works with Gibbs to form a team that could win with Mark Rypien at quarterback.

Look for the second and third books in the series in the coming months.