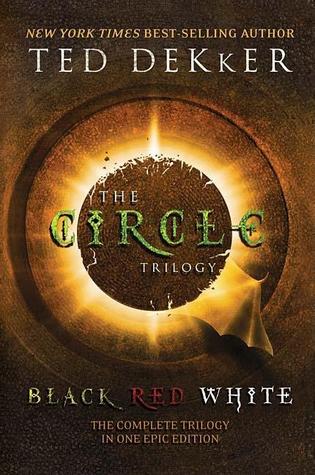 Enter an adrenaline-laced epic where dreams and reality collide.

Black - An incredible story of evil and rescue, betrayal and love, and a terrorist threat unlike anything the human race has ever known. A virulent evil has been unleashed upon the people of Earth. The only man who can stop it is Thomas Hunter, an unlikely hero whose life is stretched between two worlds. Every time he falls asleep in one reality, he awakes in the other. Soon Thomas no longer knows which reality is real. Yet it quickly becomes apparent that his choices in each world impact the other--and that the fates of both rest in his hands.

Red - In one world, Thomas Hunter is a battle-scarred general commanding an army of primitive warriors. In the other, he's racing to outwit sadistic terrorists intent on creating global chaos through an unstoppable virus. Thomas must find a way to change history--or face the destruction of two worlds.

White - Thomas Hunter has only two days to survive two separate realms of danger, deceit, and destruction. The fates of both worlds now rest on his unique ability to shift realities through his dreams. Thomas and The Circle must quickly decide who they can trust--both with their own lives and the fate of millions. And neither the terror of Black nor the treachery of Red can prepare Thomas for the forces aligned against The Circle in White.