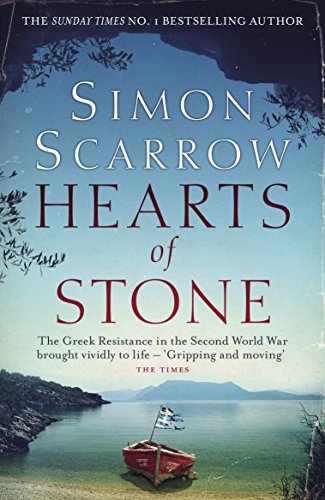 The fierce courage of the men and women of the Greek Resistance is brought to vivid life in Sunday Times bestseller Simon Scarrow's powerful novel of World War II. 'Gripping... [a] moving narrative of friendships broken by war and betrayal' Sunday Times

1938. A perfect summer on the Greek island of Lefkas for three young people untroubled by the simmering politics of Europe. Peter, visiting from Germany while his father leads an archaeological dig, has become close friends with locals Andreas and Eleni. As the world slides towards conflict and Peter is forced to leave, they swear to meet again.

1943: Andreas and Eleni have joined the partisan forces resisting the German invasion. Peter has returned - now a dangerously well-informed enemy intelligence officer. A friendship formed in peace will turn into a desperate battle between enemies sworn to sacrifice everything for the countries that they love...

'Simon Scarrow has done it again: another barnstorming book that speaks not only of the horror of war, but the ultimate heroism and self-sacrifice of those caught up in it. The glory of Simon's books is that they can be read on so many levels: yes, they are thrilling in its truest sense, there are characters we care about deeply and they are under constant threat. But alongside this are the vignettes of a life clearly viewed, the threads of sharp social observation that set his historical thrillers apart from the greater mass.' Manda Scott