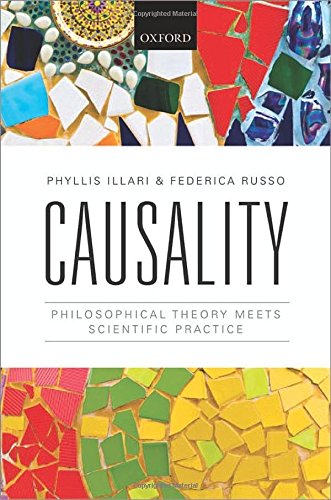 Review
Causality is a hot topic in philosophy of science. Illari (lecturer, University College London) and Russo (researcher, Univ. of Ferrara, Italy) provide a much-needed travel guide through this landscape while sticking close to actual scientific practice from both the natural and social sciences. ... Highly recommended. (Choice)

This is also one of those wonderful, concise tomes that sports a very good bibliography, and makes no bones about sending the reader to one of the works there for more details about specific topics. I found no topic that was poorly explained in the main text but, as the authors [themselves say, "[we] offer a map, not an encyclopedia." Illari and Russo very deftly point out the major attractions of the landscape but send you, well-prepared now to find your own way, to the library for more. (Glenn Becker, Mathematical Association of America Reviews)

The book is an excellent resource, well written and referenced, and a sheer pleasure to read. The authors' two main goals are to offer an introduction to the philosophy of causality and to be highly accessible. They have clearly achieved both goals. I recommend the text to medical and epidemiology students, fellow epidemiologists, and physicians unfamiliar with the philosophy of causality. (Olaf Dammann, Theoretical Medicine and Bioethics)

the book covers an impressively wide range of interrelated topics in the philosophy of causation and their application to the natural sciences, and with a prose highly readable, often entertaining, and sprinkled with interesting, relevant, and illustrative historical anecdotes. For these reasons alone, it is easy to recommend this book to interested colleagues in either discipline: a highly accessible and candid treatment of this complex topic which sacrifices neither breadth nor depth no doubt deserves the attention of both parties. (Christopher J. Austin, Metascience)