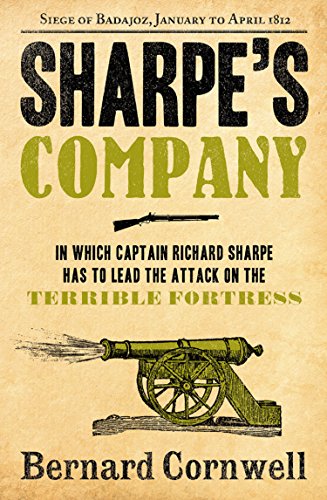 Captain Richard Sharpe has to lead the attack on the terrible fortress.

It is a hard winter. For Richard Sharpe it is the worst he can remember. He has lost command to a man who could buy the promotion Sharpe covets. His oldest enemy, the ruthless and indestructible Hakeswill, joins the regiment and he is a man with a mission to ruin Sharpe.

But Sharpe is determined to change his luck. The only way – a desperate choice – is to volunteer the Forlorn Hope, to lead the attack on the impregnable fortress town of Badajoz, a road to almost certain death or, just possibly, to heroic glory.

Soldier, hero, rogue – Sharpe is the man you always want on your side. Born in poverty, he joined the army to escape jail and climbed the ranks by sheer brutal courage. He knows no other family than the regiment of the 95th Rifles whose green jacket he proudly wears.