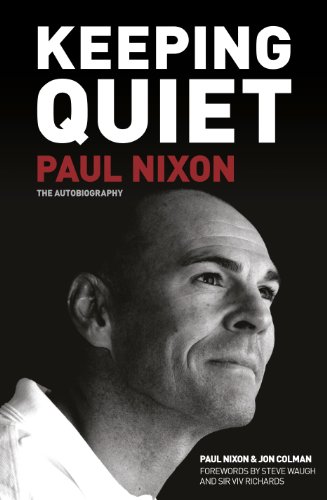 From Gower to Flintoff, Waugh to Vaughan, Cronje to Pietersen, Paul Nixon has shared a dressing room with some of the most evocative names in international and domestic cricket – and often enraged them on the field of play. The wicketkeeper, known as his sport’s most prolific ‘sledger’, has amassed more than 20 years of stories from his career at the heart of the game and now reveals them in typically outspoken style.
From ‘Fredalo’ to match-fixing, Nixon has experienced some of the most notorious episodes in cricket history, possesses strident opinions on the game and has a track record of success in the English first-class game and the Twenty20 revolution. With an accent on off-the-field anecdotes, Nixon also lays bare the personality that led the Australian legend Steve Waugh to compare him to: ‘a mosquito buzzing around in the night, that needs to be swatted but always escapes.’